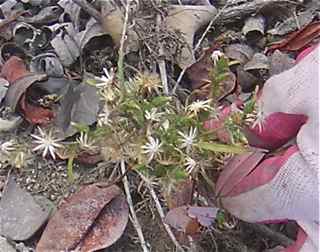 In mid-October 2014, OCCNPS member and native-plant expert Bob Allen discovered OC’s first known population of Stinkwort (Dittrichia graveolens) in Arroyo Trabuco, along the border of O’Neill Regional Park and Ladera Ranch Open Space.  Within a week Chapter members had mapped the infestation and communicated its significance to OC Parks and Irvine Ranch Conservancy (IRC) staffs (who partner in much of OC wildlands management).  The plants had begun to disperse seed, so there was an urgency to remove the infestation before it could expand further. 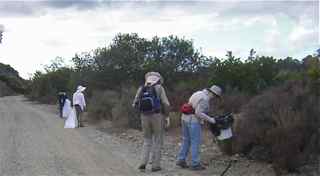 Chapter members immediately began working with OC Parks and IRC staffs to obtain the necessary permits for volunteers to work on OC Park lands and to schedule staff support.  Once these arrangements were made, OCCNPS, IRC and OC Parks put out word of the Stinkwort Pull.

On Nov. 30, 20 doughty weed-fighters tackled the infestation.  The removed Stinkwort filled 10 large trash bags, which were taken to the landfill under special-handling protocols.  The weed-fighting group included OC-CNPS members and IRC and OC Parks volunteers and staff. 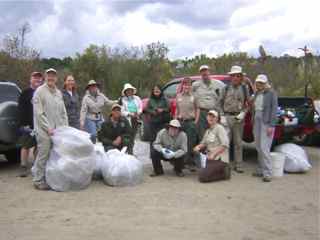